MBAs vs. Ph.Ds. The debate about innovation is open. 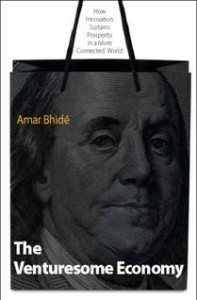 I just finished reading “The Venturesome Economy”, a new book by Columbia Business School Professor Amar Bhidé that I highly recommend. The book focuses on the sources of innovation and why some innovations receive funds from venture capital companies while others do not. The answer seems obvious but, according to Bhidé, it is not. His research leads him to suggest that successful innovation is unrelated to the creation of new solutions but depends instead on inventing new applications for existing solutions.

Over the last few years many articles and lectures, especially by the CEOs of large corporations, have expressed concern about the United States losing its leadership position in innovation against emerging economies, especially India, China and even Brazil. Part of the argument is the lost battle about the so-called hard sciences (Mathematics, Physics, Computer Science, Engineering, etc.) not interesting as many students as they used to. While this is happening in the U.S., emerging economies have focused on ensuring that their most talented students receive the best possible science education. Paradoxically, many of them go to the United States where the percentage of foreign Ph.D students has been growing for the last few years. 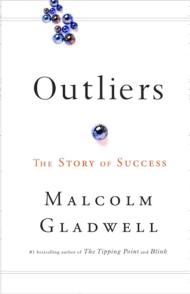 Malcolm Gladwell, in his latest book “Outliers”, mentions that Asian students perform much better in Mathematics, Physics, etc. than the rest simply because they work much harder. Many people in the U.S. fear that this will allow these countries to overtake the U.S. in innovation and consequently the emerging market economies will become much stronger and even superior to the U.S. economy.

Professor Bhidé argues that hard work and innovation per-se is not enough. His main argument is based on the idea that U.S. companies are much more sophisticated when it comes to marketing, distribution, sales and customer service. He claims that these are the factors that provide the advantage over the rivals. We all remember the typical examples such as Betamax being better than VHS or HD-DVD being better than Blue-Ray. These technologies did not succeed despite their technical superiority. All the other factors (marketing, distribution, etc.) ended up being more relevant. Bhidé insists that for the U.S. to keep its advantage as an economic power, there is a need for more and better MBAs, not more Ph.Ds.

I believe there are enough arguments on either side to merit more research and debate in the area of innovation, both on technical and business aspects.

Published at Infonomia the week of December 9, 2008.

Theme by Anders Noren — Up ↑